The Internet Architecture Board held a virtual retreat in the first week of June, organized in three 1-hour all-IAB sessions and a bunch of break-out sessions distributed over the week.

This retreat was originally planned as a joint retreat with the Internet Engineering Steering Group (IESG) in Boston. Especially given the rather large number of new IAB members, we decided to give a virtual version a try, instead of canceling it completely or hoping to move it to a later point this year. All-in-all, I would say the experiment was quite successful, at least in generating new ideas and activity, even though the usual social interactions were missed that would have given us all a chance to get to know each other a bit better.

In preparation of the retreat, we ran a short SWOT/PEST analysis in form of a simple survey asking about challenges and opportunities for the IAB, as well as general trends. Switching over from the IESG directly to the IAB, I have to admit that I have stolen this idea from the IESG retreat last year. Similar as I was last year, I believe some IAB members were rather sceptical about this idea initially. While some of the outcomes of the survey were maybe not much surprising, I am extremely positive that the survey showed that there is high interest in this new IAB to do work that impacts and can provide a valuable input to our community beyond just administrative tasks. Further, the survey result nicely led to a set of topics that we then discussed in break-out groups during the retreat week, namely:

Before the retreat, all IAB members could sign up to as many of the groups as they were interested in, and these subgroups then organized one or more meetings to cover a set of different aspects for these relatively high-level topics. Other than in a physical meeting where break-outs usually happen in parallel, this time there was a chance to join more groups, however, of course, the more groups one joined, the more stressful was the week as those meetings were scattered over all time zones. I personally signed up for two sessions and can say that we had some really good discussions. I believe the same is true for others based on the reports we got in the all-IAB portion of the retreat. These sessions generated a bunch of new action items for the IAB, covering, e.g., new ideas for programs, workshops, or technical talks. Still, time was scarce and some discussions are still on-going, including a work item on how to reorganize IAB programs to be more effective and open, which already started last year. I am optimistic that we can hold up the positive energy that came out of these activities for a while, not having given up the hope entirely that we might be able to hold an in-person retreat later this year to catch up at least with the missed social part.

However, social interactions were at least covered to some extent. We included the opportunity to join one or more of three coffee breaks/happy hour slots on Tuesdays and Thursday. One of the fun challenges at the IAB retreat in 2020 was to identify IETF meeting venues based on photos of meeting rooms.

Given this was just for fun and after all optional, we also invited the IESG. Depending on the time zone there were usually about 3-10 people in these sessions to simply chat or participate in some online group activity. Recognizing again how important these more personal interactions are to motivate and facilitate good work, we will probably organize more socializing options like this as long as the situation remains. 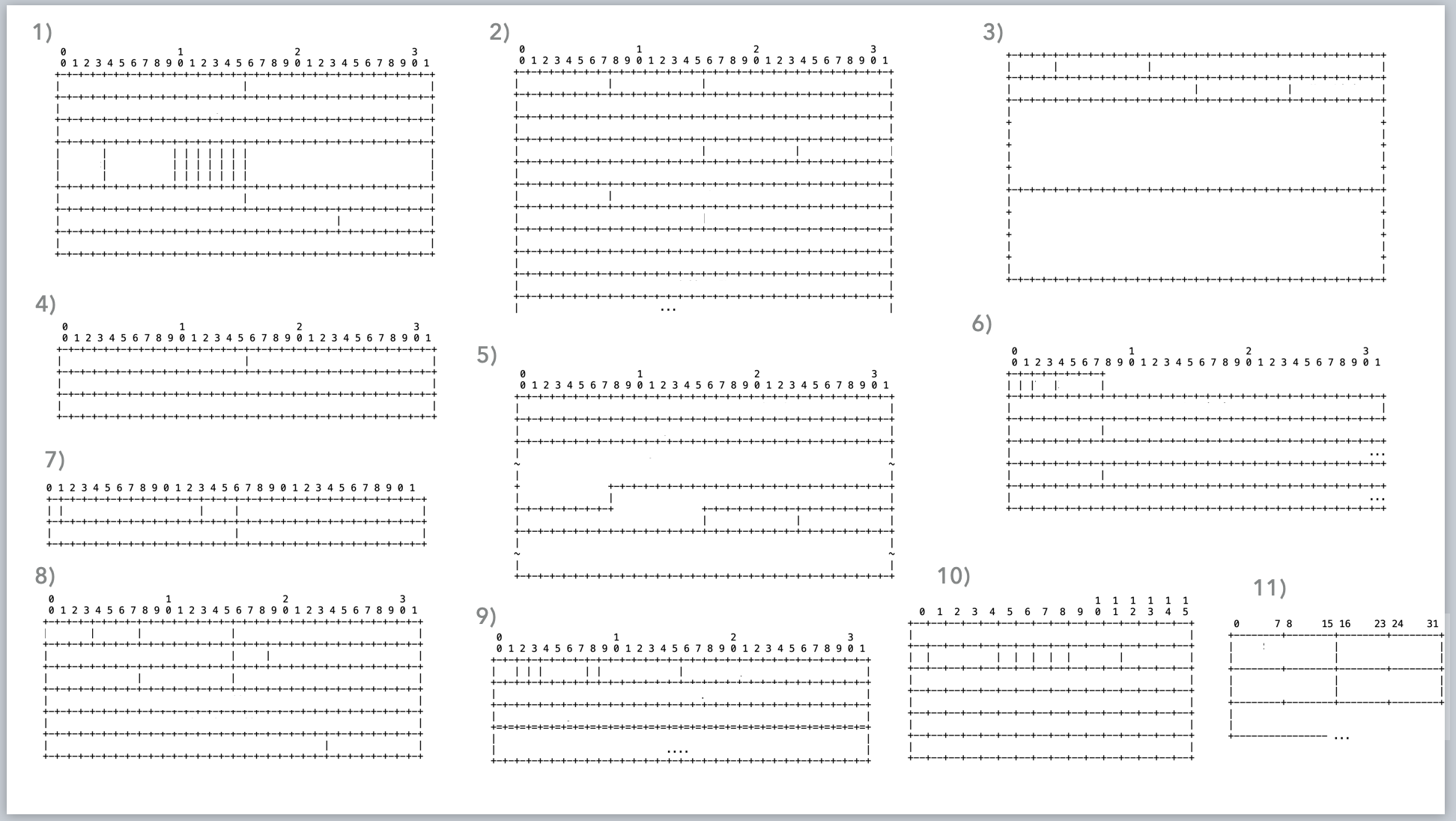 Identifying protocol headers was an activity during one of the social portions of the IAB's 2020 all-virtual retreat.

But in general, finding ways to foster asynchronous work beside all the online meetings, that we all have way too many these days, was also several times recognized during the retreat as a topic we need more discussion on to generate new ideas and try new ways. However, that’s not only a challenge for the IAB but probably for all of us for the coming months. We’ll keep you posted!