Observations on the CIA Revelations

Recent news stories, and some IETF list discussion, have related to the release of (claimed) CIA materials relating to surveillance, hacking and information warfare. 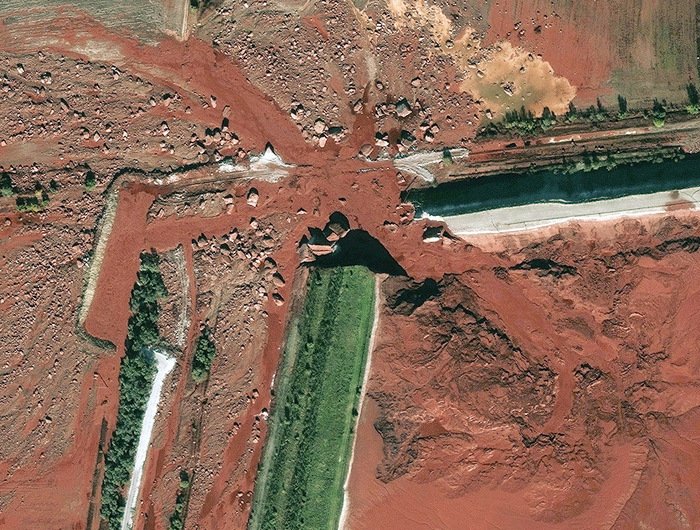 Photo credits: Image of the toxic leak in a reservoir in Ajka, Hungary affecting the villages of Kolontar and Devecsar, photo by DigitalGlobe, sourced from Wikimedia (CC BY 3.0)

There has been quite a bit of discussion about the details of the various attacks contained in this leak, such as those relating to surveillance through smart TVs, or hacking vehicles. But are there more general conclusions that we can draw from release of this information?

First, we think the content of leaks is not particularly surprising, especially given knowledge of other leaks in recent years, such as those from Edward Snowden. Malware is another tool in the same toolbox that is already known to include many other efforts that attempt to compromise security, such as pervasive surveillance.

But the release of the current tranche of documents does seem to nicely support a number of things that we knew already and that are arguably more worthy of consideration:

As noted, we think these are matters that are already known, but reminding ourselves of the big picture now and then can be useful.

From the IETF perspective we are of course committed to continuing our effort to provide the best possible technical tools for the Internet and the users. One technical observation that may be of use is that focusing on protecting data and not merely links or transport needs better support, make it easier to achieve in practise and at scale.