Reflections on the Routing Area after IETF 97

Looking Back on IETF 97

Reflections on the Routing Area after IETF 97 When we pause to reflect on what happened during an IETF meeting, it’s always encouraging to realize how much got done and how many excellent discussions happened. Of course, part of that reflection is writing down all the Action Items that each of us has managed to accumulate. We’d like to share with you some of the highlights.

As the WG responsible for maintaining BGP, IDR is well-known for requiring two implementations before requesting that an internet-draft be published. That might make one think that IDR is always slow to advance work – but the recent experience with BGP Large Communities reminds us that what has drafts progress quickly is the amount of interest and work put into it. While BGP Large Communities is a small feature, it is very critical for operators who need to use 4-octet Autonomous System Numbers in their policy. This Internet-Draft went from individual on July 5 to WG adopted on Sept 23 to WG Last Call done on Nov 3; it is currently in IETF Last Call and on the Jan 5, 2017 IESG telechat. It took less than 4 months for IDR to be ready to progress it – and there was plenty of discussion!

SIDR was originally chartered to develop standards to secure inter-domain routing: origin and path validation. Origin validation is being deployed in

pockets around the world, with most notable advances in the LACNIC and RIPE regions.  The BGPsec specification for path validation is scheduled for the Jan 5 IESG Telechat.  The WG has now completed its objectives and will be closed once the publication process is completed to the outstanding work.  Because we are now in a deployment phase, the SIDROPS WG has been chartered in the OPS area.

In the last year, NVO3 has had limited technical discussion beyond discussing different encapsulations. Before IETF 97, NVO3 created a dataplane encapsulation design team with the consensus of creating a single encapsulation to progress as Standards Track. At IETF 97, Matthew Bocci, Sam Aldrin, and Alia decided to make use of the IETF 97 face time to strongly encourage smaller group discussion. With the help of three facilitators for each discussion and 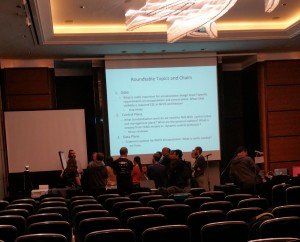 large pads of paper, the first NVO3 meeting broke up into 3 discussion groups – on OAM, Control Plane, and Data Plane in 3 corners of the room. Each group had around 15 people with a number actively contributing and others focusing and learning. The facilitators summarized their discussions for the second NVO3 meeting the next day; there weren’t missing viewpoints and there was additional discussion. Not only were the small group discussions useful, the energy level and interaction in the room noticeably increased in the second meeting. It really helps to know exactly which other people are extremely interested in the same detailed topic. As discussed in the WG Chairs Forum at IETF97, the IESG is encouraging WG Chairs to experiment more with making better use of face time. This was one such successful experiment.

YANG continues to be a focus in the Routing Area and many of our YANG models (BGP, OSPF, IS-IS) are nearing completion. RFC 8022, the base model for Routing Configuration, is a key dependency that is now completed. At IETF97, TEAS, MPLS, CCAMP, and PCE had another joint meeting to discuss the YANG models for RSVP-TE, Traffic-Engineering, LDP and mLDP, TE Topology, PCEP and others. This is an example of how multiple WGs can collaborate to make sure that the models reflect operators’ perspective rather than the specific protocols or IETF 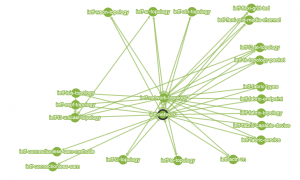 Working Group structure. I2RS has finished with the models for Network Topology and for Layer 3 Topologies and is awaiting implementations for the RIB model. RTGWG has completed WGLC on the Routing Key Chain model; RTGWG is discussing adopting draft-rtgyangdt-rtgwg-routing-types-00 to provide common types for the models.

Large data-centers have interesting routing problems. RFC 7938 provides information on a way to use BGP in a CLOS data-center network. There continues to be different efforts to better handle routing in data-centers based on significant changes to existing protocols. RTGWG will have 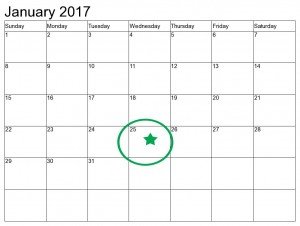 a virtual interim on January 25 to discuss the specific problems of data-center routing. We are hopeful that the discussion will help clarify reasonable paths forward and would strongly encourage those able to describe the current operational issues to participate.

During its interim, BIER reached an agreement to make a generic encapsulation based on the existing MPLS and proposed Ethernet encapsulation. These changes were discussed during the meeting and – as often happens – the technical concerns raised led to a side-conversation that had time for the technical depth to resolve the concerns. BIER continues to discuss ideas around an IPv6 encapsulation and brought the discussion to 6man; the possible use-case of

using an IPv6 encapsulation to help in IoT was also discussed. Extensions to Babel to support BIER were discussed in BIER and brought to the babel WG; extensions are a bit different for Babel and an initial implementation is being encouraged to explore the idea. It is interesting to see a possible expansion of BIER to handle the multicast requirements in homenet.

As announced on rtg-open-source@ietf.org, we had another open meeting to discuss and facilitate the interaction of Open Source projects with the IETF Routing Area. Interactions between the IETF and other organizations work well when there are overlapping participants who understand the different communities. We continue to be interested in ways to encourage interactions and mutual understanding of the different maturity levels that projects and different internet-drafts & RFCs provide. CodeStand is a recent website to connect up, among others, open source development communities and link work to standards.

At the IETF 97 Hackathon, the ACTN (Abstraction and Control of Traffic Engineered Networks) team won the best input to a Working Group Award!

CCAMP has kicked off a new design team on Transport NBI modelling. The work will coordinate with TEAS.

We all know that IETF work is constant.  As ADs, we enjoy seeing documents approved for publication and technologies progress to Internet Standard.  PALS has progressed RFC4447bis “Pseudowire Setup and Maintenance using the Label Distribution Protocol” to the RFC Editor as their first full Internet Standard!  MPLS has a revised RFC4379bis “Detecting Multi-Protocol Label Switched (MPLS) Data Plane Failures”.  PCE has been working on stateful PCE.  “Applicability of a Stateful Path Computation Element (PCE)” is the first of the related documents to reach the RFC Editor queue.  TEAS completed a “Problem Statement and Architecture for Information Exchange between Interconnected Traffic-Engineered Networks” (RFC7926).

The MANET WG has reached an important milestone in the development of protocols for the rapidly changing mobile ad-hoc networks with the soon-to-be-published specification for DLEP (Dynamic Link Exchange Protocol).  The exchange of dynamic information between a router and associated modem/radio is critical to optimize routing decisions.  DLEP has applicability in both military and commercial networks.

Of course, we could easily go through all 25 WGs in the Routing Area, but these are a few of the highlights. We encourage you to check out the others and tell us what we should have mentioned!