The value of in-person collaboration

As the world slowly recovers from COVID-19, in-person meetings at IETF and other organizations are coming back. 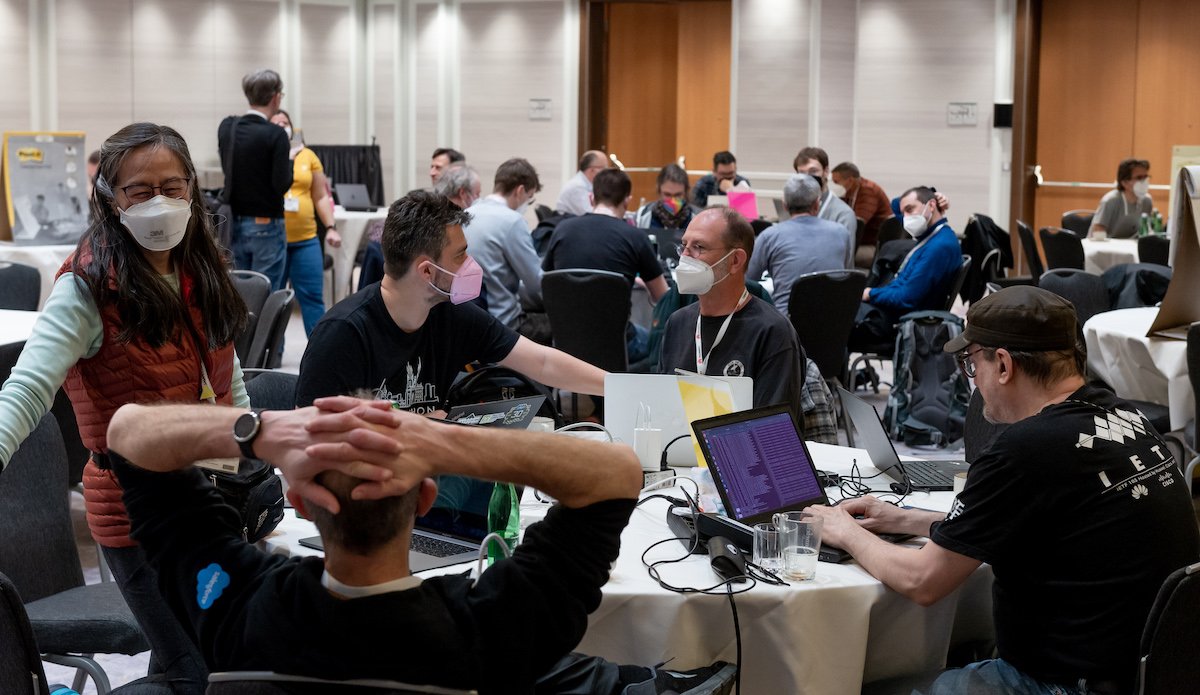 While many people may be leery of returning to face-to-face meetings, Patrik Fältström sees great value in them.

Earlier this year, Fältström, a contributor to several IETF RFCs, posted a picture on LinkedIn of notes about DNSSEC written on a beer coaster during an informal gathering at a pub in Prague shortly after the IETF 80 meeting in the same city. 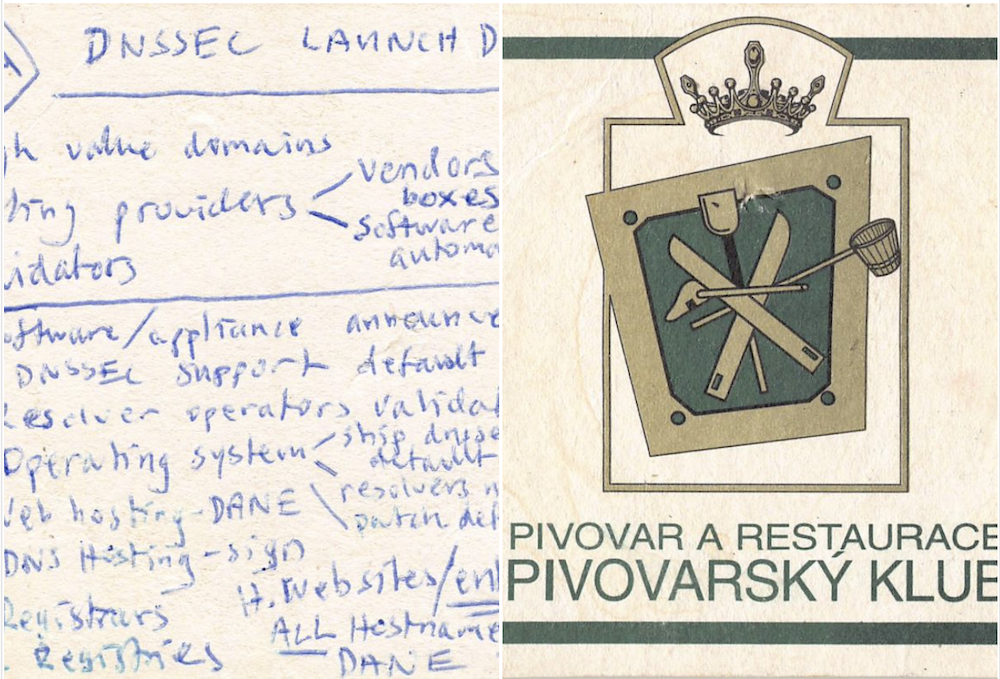 “When being asked how Internet is designed, I say a lot of thinking is done in a pub,” he wrote on LinkedIn.

Fältström later noted that the picture is from June 2012, at the Pivovarský klub Benedict in Prague. The discussion at the pub was about DNSSEC Launch Day, with participants talking about how to increase DNSSEC deployment across the globe.

The picture is an example of why videoconferencing can’t fully replace in-person meetings. “Although one can do lots of meetings via videoconferencing, I think humans must meet now and then,” Fältström said.

Face-to-face meetings allow a different flow of speech, where participants can interrupt each other and build on each other’s thoughts, he said. “If you are more than five people, you can have several conversations at the same time in a room,” he added. “If you mix this with the ability to have a whiteboard, or napkin, and draw at the same time, unlocking a deadlock is easier” in person.

In addition, it’s much easier to read the body language of another person when meeting face-to-face, he added. In-person meeting participants see more than other people’s heads and shoulders. Also, “people act differently in front of a camera from being in the same room,” Fältström said.

It’s also easier to have small gatherings in person, where a variety of topics can be discussed, he added. “You have the informal chat when you happen to meet in the corridor, by the coffee machine, or over dinner or in a bar,” he said. “You can not only talk about the IETF-related issues, but also about life in general. You might hear the person you interact with just separated, or is in a difficult situation in their job.”

In some cases, these informal sessions result in new ideas being brought forward, Fältström added.

While Fältström sees great advantages in face-to-face meetings, he sees a videoconferencing option for IETF and other meetings as here to stay. For example, the upcoming IETF 114 meeting offers both in-person and remote participation options. Videoconferencing allows people to listen in on a meeting, even though full participation is difficult, he said. Organizations should recognize that people joining by video conference aren’t participating “on equal terms,” he suggested.

In some cases, IETF participants will choose to go to some in-person meetings and choose to join others by video, based on factors such as the location of meetings, he said. Geographic rotation of meetings will continue to be important, he suggested.