The IETF is working on standards for automated network management which, as the name implies, aims to improve and make more efficient management of networks as they continue to increase in size and complexity. 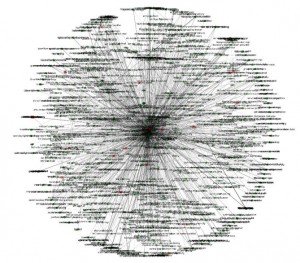 As the number and diversity of devices that make up the individual networks that comprise the Internet continue to grow, automating routine network management tasks becomes ever-more important. Data modeling-driven management applies the YANG modeling language to formally describe data sources and APIs. Importantly, work within the IETF to produce data models, using its consensus-based approach to develop open standards, helps facilitate cross-industry collaboration and coordination. A key to automated network management is the YANG data modeling language used to model configuration and state data manipulated by the Network Configuration Protocol  (NETCONF) and RESTCONF which were developed within the IETF.

Yet the key measure of success is deployment of the work undertaken within the IETF.  Efforts to advance YANG development and the tools needed to support it are also a consistent presence at IETF Hackathons. IETF participants have undertaken education efforts around protocols such as RESTCONF and NETCONF, and helped develop tools, such as the YANG Catalog, to support its work.

Looking further ahead, the IETF is also standardizing protocols for autonomic networking, which aims to enable networks to be self-managing, including self-configuration, self-optimization,  self-healing, and self-protection. If successful, autonomic networking will greatly simplify routine network management tasks. Research on automated network management in the Internet Research Task Force resulted in RFC7575 and RFC7576, and led to the creation of the IETF ANIMA working group, which finished standardizing the first phase of an Autonomic Networking Infrastructure (ANI) in 2021. This includes the key elements: Bootstrapping Remote Secure Key Infrastructures (BRKSI), an Autonomous Control Plane (ACP) and a common Generic Autonomic Signaling Protocol (GRASP). RFC8993 provides an overview. These ANIMA protocol technologies are specified as independent modules, so they can be used individually as building blocks for further work in network automation, even when full autonomous behavior is not possible or desirable.