When the idea of participating in this hackathon came about, the goal was mostly to leverage FD.io’s Vector Packet Processor (VPP) as a platform and show its performance, capabilities, modularity and development simplicity. So we looked across existing IETF technologies and drafts which were not yet implemented in VPP and found out this new ILA technology (draft-herbert-nvo3-ila), which seemed to be a perfectly valid use-case for VPP used as a physical or virtual router.

What’s really fantastic is that the ILA draft author, Tom Herbert, as well as other very motivated people spontaneously volunteered to join the team. We ended up with a team consisting of folks in-between IETF standardization and Linux Foundation open-source software, and developed together from scratch, a full ILA implementation. In two days we went across many phases of standard implementation development, from understanding the draft, coding the first shot, testing it, to finally understanding the technology better and doing more with less code. Then testing again, and interoperating with an existing Linux implementation.

At the end of the second day of the hackathon, the newly created implementation, comprising most of the features specified in the ILA draft, was upstreamed to the main VPP repository. And performance tests of the yet-to-be-optimized code were showing promising results too. 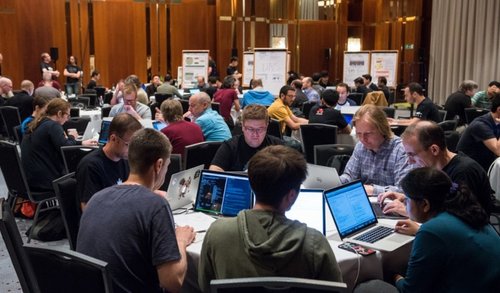 Summarizing, this two-days project really showed how the IETF hackathon can facilitate joint collaboration between open-source and standardization people at very early stages of drafts and implementation development, taking advantage of their complementing experience and knowledge and resulting in better standards and optimized running code.