IETF Hackathons began just over three years ago as a way of connecting Internet protocol development more closely with running code, and they have been growing ever since. 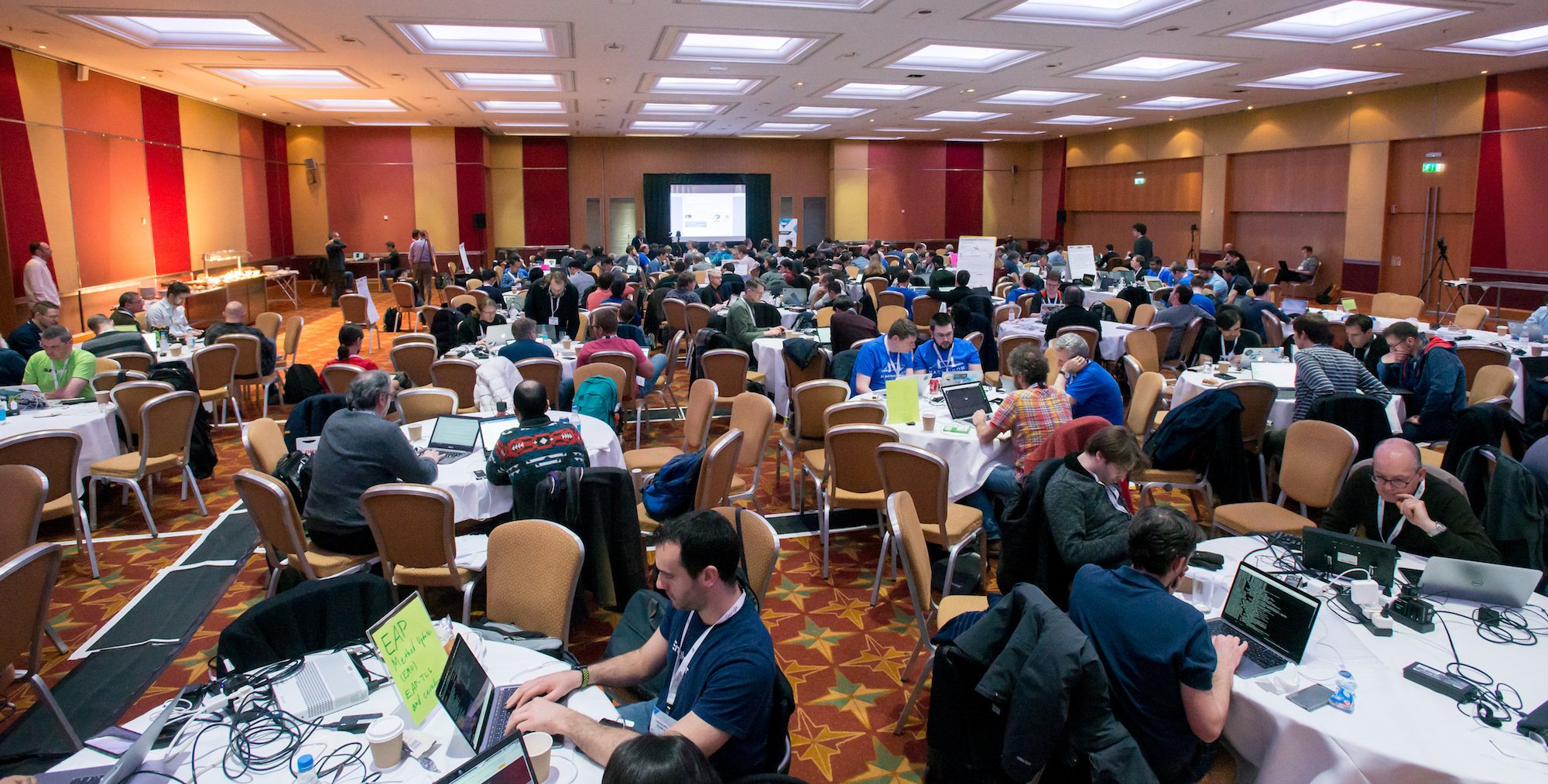 It is hard to believe that the first hackathon was limited to just 50 participants!

But more important than the number of people participating, or the number of projects, has been the way the work at the Hackathons has helped advance the work of the IETF more broadly. While the IETF's operating mantra has long included "running code", hackathons have brought that code closer to the standards-making process--not only physically and temporally, since hackathons have been held just before IETF meetings, but also because they have provided a more direct path for the lessons learned from implementation to inform the standards themselves. Rather than waiting for standards to be defined and then working on interoperable implementations, the IETF Hackathons encourage implementation in parallel with standards development in order to arrive at higher quality and usable standards more quickly.

Over the past three-plus years, there have been many amazing project covering a lot of work underway in the IETF. One example has been the ongoing work to develop and test implementations of TLS 1.3. The IETF Hackathon in April 2016 was the first to have a dedicated TLS 1.3 project, and work has continued as a project organized at nearly every IETF Hackathon held since. Just ahead of the IETF 101 meeting last month, the TLS 1.3 specification was approved for publication as an RFC. There was also a TLS 1.3 hackathon project in London, this time led by remote participants - highlighting another exciting aspect of IETF Hackathons that have developed over time: You don't need to be in the main hackathon location to participate.

While the growth and evolution of IETF Hackathons over the past years have been amazing, we're already looking forward to the next event to be held in Montreal on July 14 and 15, at the start of the IETF 102 meeting. If you are involved in IETF work, or are looking for a way to get involved, consider participating in, or even leading a project. "Running code" is now undeniably more than a mantra within the IETF community, and IETF Hackathons are a great way to help "make the Internet work better".