I was asked to discuss some of the work that the IETF is doing with their Bits-N-Bites program, and some of the demos and lab work we did at IETF86 in Orlando this past week.

As we were preparing for the Orlando meeting, we talked about ways to make the Bits-N-Bites program more dynamic and provide a place for the IETF community to perform experimentation and get running code in a production like network setting. We shipped one of our Cable Modem Termination Systems (CMTS), which run on the Comcast production network down to Orlando and turned up a dual stack environment for demos and running code testing.

One example of this was the Homenet Working group running code examples based on the Homenet Architecture draft and the HIPnet draft. It was very exciting to see the collaboration between the many groups involved with setting up these Homenet demos, and great to see running code in action. 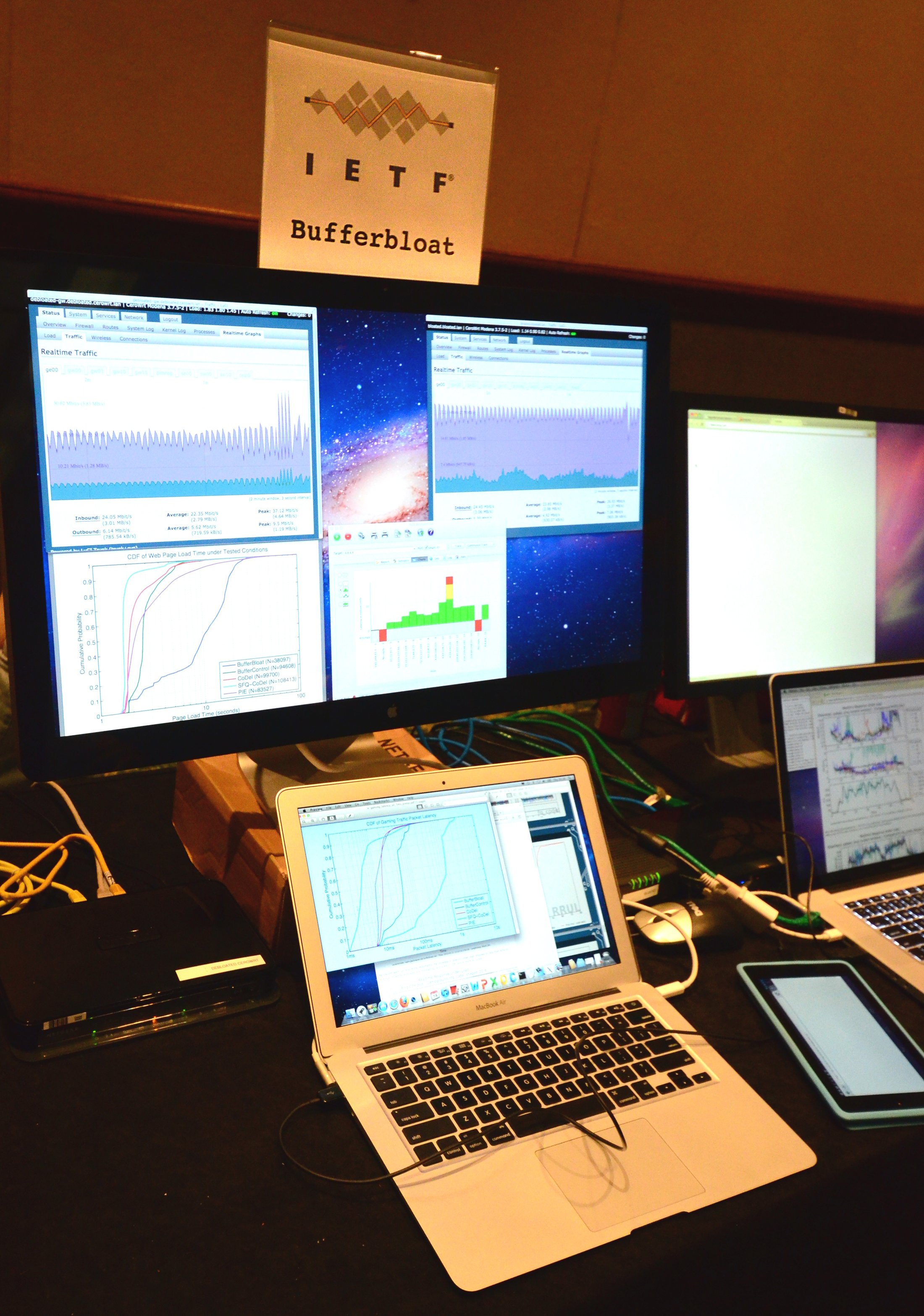 Another demonstration we performed live at Bits-N-Bites was an example of how to deal with a problem called Bufferbloat which is a problem discovered by Jim Gettys and worked on by a number of Open Source teams across the Internet. It was a very dynamic demo that showed the impact of bloated buffers on web performance and real time communication applications. We were able to show both bloated and dynamic buffer examples to the Bits-N-Bites audience, and it was well received. It was a great example of solving Internet scale problems with running code.

As we close up IETF 86 in Orlando, I hope that the IETF continues with the lab experiment we started here this week. It was great to see first hand examples of running code and teamwork that really energized the IETF community, which I think we need more of.

Thank you and I look forward to seeing everyone in Berlin for IETF 87.