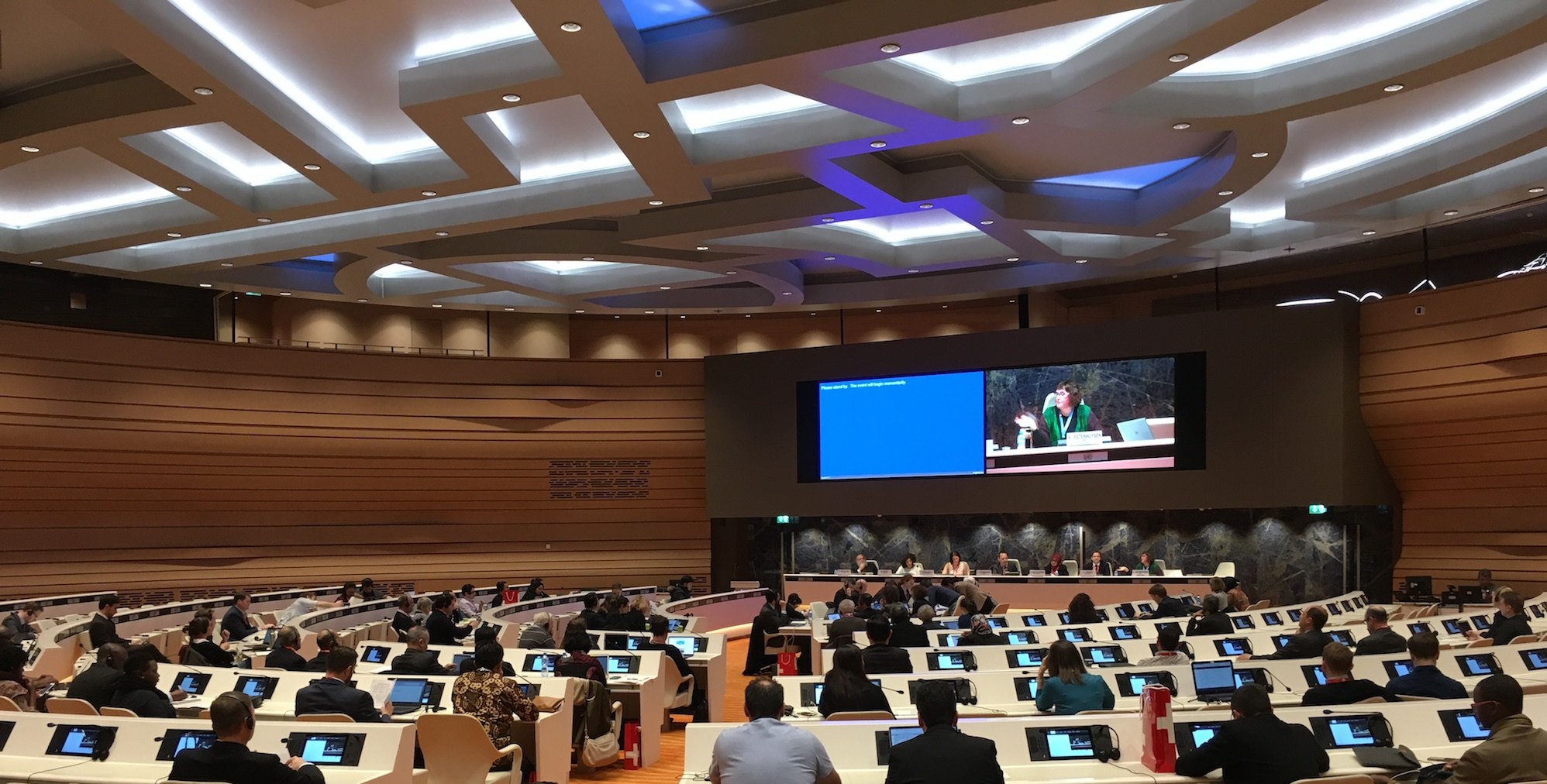 The key word in there is “forum,” as the IGF provides a useful venue for those different groups to talk to each other. Just as with a technical standards meeting, while the agenda tends to be packed with substantive sessions, a lot of the most valuable conversation takes places in the hallways.

At the recent IGF in Geneva, there were some IETF folk present to listen to the larger community and to occasionally speak about the issues which touched on our technical work. Internet protocols were not really at the forefront of the IGF this time, with just a handful of sessions looking at technical topics such as the use of distributed ledgers as alternatives to traditional registries and the feasibility of source attribution for network attacks. But it is interesting to reflect on what was at the forefront.

The rise of Internet shutdowns as a political tool was discussed in a number of sessions, and it is becoming an increasingly serious issue. As people build their lives and livelihoods on the Internet, the ability to withdraw a country or specific territories from it begins to parallel the impact of closing the roads--communication, commerce, and relief are all disrupted. The cases studies given were quite compelling,  but the cancellation of some sessions because the speakers could not travel to tell their stories spoke volumes as well. The Internet Society has been an early opponent of this political strategy and they and partners like Access Now continue to track incidents and raise awareness of the issue. While the IETF usually thinks about fragmentation in terms of interoperability, it is possibly useful for us to consider what technical tools work in conditions like these.  Delay tolerant networking and store-and-forward protocols, for example, work in conditions of intermittent connectivity, and we may want to consider these shutdowns as use cases for those approaches in new work.

Many other topics were actually about the systems and platforms which run on top of the network, rather than about network connectivity or infrastructure.  Machine learning and other artificial intelligence (AI) topics were a common thread throughout the week, for example, even though these are not really Internet-specific issues. While there were a number of panels which saw AI in a positive light, there was also a great deal of concern expressed that AI systems would reduce the need for human knowledge workers. Because many communities hope to grow their local economies by providing that work to the global economy via the Internet, some saw AI as posing a worrying potential counterbalance to the promise of the Internet as an engine of growth and participation.

The IGF always has a strong focus on human rights, and this year was no exception. There was even a session specifically about human rights impact assessments in the context of standards development, with a section focused on how such assessments might work in the IETF. The panel (in which Alissa participated) discussed how rights-related considerations–security, decentralization, privacy–have implicitly and explicitly been factored into IETF standards development for decades, and also touched on the recent work in the IRTF to more concretely define human rights considerations relevant to Internet protocols.

In general, the IGF is a place where concerns are expressed across the usual community boundaries, so that each community can consider how to take action. But this year seemed to have a darker tone than many previous years, possibly because of world events. The focus kept returning to actors who would use the Internet’s facilities to mar the lives of others–by launching attacks, spreading misinformation, or inciting violence–rather than on the many cases where the Internet has enabled new industries, new communities, and new ways of life.

Looking back from the vantage point of the new year, we think the challenge to the technical community is to remind the rest of the world that we can continue to build on the Internet’s foundation as a force for good in the world. Just as we learned over the last several years that we needed to increase our focus on privacy and we rose to that challenge, we can use the same tools of decentralization and user control to rise to these newly identified challenges. Much of that work may not take place here in the IETF, since relatively few of the work items are at the protocol layer, but we can do our part.  Along with that new work, we can remind folks of the value in our basic model: open protocols and open processes that enable any network to voluntarily join the Internet and any user to contribute content. What that model has produced remains amazing, and knowledge of that should continue to spark light in what others may cast as dark times.