An Interoperable Internet of Things

I cannot think of a better example where interoperability is important than the Internet of Things. Without interoperability, lights won’t work with the switches, sensor’s can’t be read by your smartphone, and devices cannot use the networks around them. 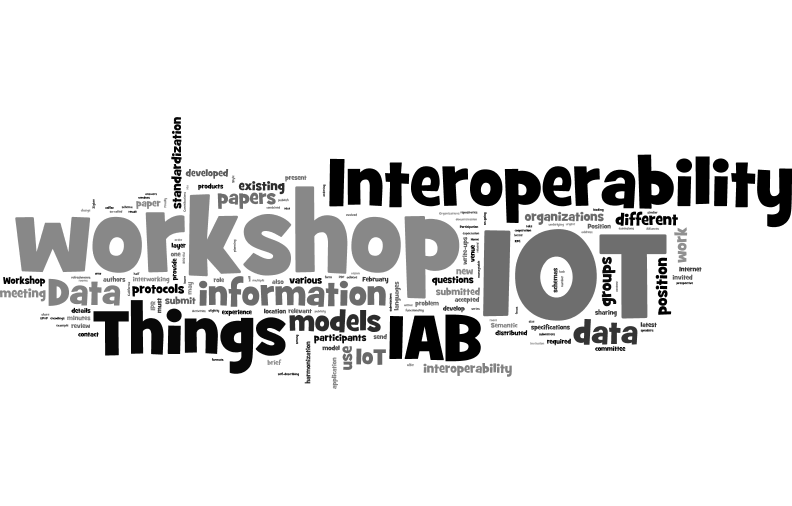 And of course, the IETF along with other relevant organisations is working on those standards. But there’s work left to do.

I wanted to point out a particular area where further work on interoperability would be useful. Devices that operate on their own without human supervision need to automate all their operations. As a result, it is important that the devices can not only connect to the appropriate radio and IP networks, but they also need to work well with others with regards to transport and application protocols, security, and data that they pass around.

The IAB is organising a workshop in San Jose, California, March 17-18, 2016 on semantic interoperability, relating to standardising the formats and semantics of data that is carried in IOT applications. As the workshop announcement notes:

With the expansion of the Internet of Things (IoT), interoperability becomes more and more important. Standards-developing organizations have done a tremendous amount of work to standardize protocols to simplify implementation and to lower the cost of IoT products. As a result, new protocols were developed, existing protocols were combined in new ways, and lightweight profiles were defined.

At the application layer, interoperability is not yet mature; the work on data formats (in the form of data models and information models) has not seen the same level of consistency throughout various standardization groups. Examples of standardization efforts in this area include the work by IPSO on their Starter Pack, the Cluster Library developed by the Zigbee Alliance, the OMA LWM2M, or the UPnP Management and Control:1 specifications.

One common problem is the lack of an encoding-independent standardization of the information, the so-called information model. Another problem is the strong relationship with the underlying communication architecture, such as an RPC or a RESTful design. Furthermore, different groups develop similar concepts that only differ slightly, leading to interoperability problems. Finally, some groups favor different encodings for use with various application layer protocols.

A call for position papers is ongoing until February 22. Please join us!