In my experience it is important that we talk to each other, all of us, the techies, the operators, the economists, and the policy people. We live in a connected world that is developing very rapidly, and none of us have a full picture of everything. It benefits us to share our views and increase our understanding. 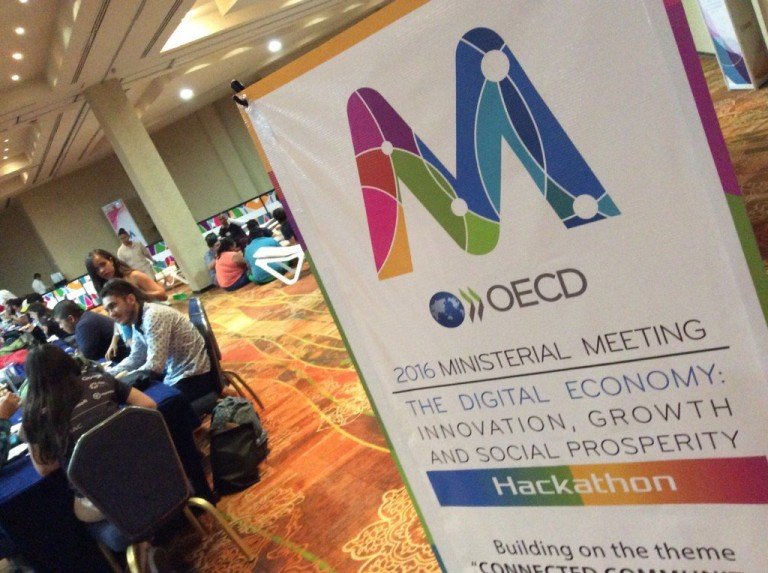 In my experience it is important that we talk to each other, all of us, the techies, the operators, the economists, and the policy people. We live in a connected world that is developing very rapidly, and none of us have a full picture of everything. It benefits us to share our views and increase our understanding.

I want to start off with a personal perspective on three areas where mixing people with different backgrounds has been very useful.

My perspective comes from the technical community, and IETF in particular. The Internet Engineering Task Force works on core Internet technology standards. It is an open community, it has no members or membership fees, to get started you just need to join a mailing list. There’s a few thousand active people on our lists, from developers to researchers to operations people, with some policy and regulator folk mixed in as well.

One of the things we learned on so many occasions at the IETF was that you can not fully separate technical questions from other ones. Take economics for example. Technology choices affect deployment incentives, for instance. I find myself wishing for an economist for my developer teams.

And that is perhaps as expected, but technology questions are intertwined with more general policy questions as well. I became the IETF chair three years ago, and thought I’d mostly deal with boring organisational or technical issues. Then Snowden happened, and suddenly we had to figure out how well the Internet protects its users, what the right thing was, and if the IETF had any role in making improvements. We did, of course. But I find that Internet security is another area where shared understanding is useful. I keep wishing for an engineer in every politician’s team…

My third example is the discussion of Internet’s administrative mechanisms, namely the IANA stewardship transition project. When I first thought about IANA, my views were very focused on just one small part of it, the protocol parameter registries. But the overall community had a much broader perspective. I’m happy we decided to deal with the bigger picture, and very happy with wide-spread support and interest for this in the world. The transition would not be possible without it.

But I also wanted to talk about Internet evolution in general. The only constant seems to be change. We need to avoid us established engineers or other players working towards just our own perception of the world, as the younger generations keep redefining what is needed. The changes are not just about delivering a service in a new way, they are more fundamental.

An example: traditional TV business is changing radically. Partially because the underlying technology changes to IP-based distribution. But also because the whole concept is changing from linear TV to different services. This changes not just how the bits are transmitted, but who you interact with, who the players are, and what kinds of business models apply. My kids don’t watch TV channels at all, they follow individuals on youtube. And who knows what they will do in five years.

At the IETF, some of the things that I think have a big impact on Internet include the further evolution of the web, security and privacy work, real-time communication from browsers, virtualisation, software- and data-driven networking, and the Internet of Things.

You may think of the web technology platform as relatively stable while the applications on top of it are evolving rapidly. But I’m seeing a lot of change in the platform as well. Last year, we published HTTP version 2 which was internally a complete redesign. In July, on our next meeting in Berlin, we’ll be discussing something called QUIC (Quick UDP Internet Connection), an ever bigger change impacts the foundations of Web technology, including the traditional split of layers to TCP, transport layer security, and HTTP. We are also working together with W3C on something called WebRTC, putting real-time communications and phone calls to browsers, enabling any website to use the technology that today is available from applications such as Skype. And these changes see very large scale deployments.

Similarly, we’re seeing a big change in how people use security and privacy in the Internet. Through the choices of various web sites, the amount of encrypted traffic in the Internet is rapidly rising. Because it fits their needs.

This is partially related to pervasive surveillance concerns as well. The IETF has always worked on Internet security, and even more so in the last three years. We’ve changed security algorithms that are no longer trusted. We’ve published recommendations on how applications can use security mechanisms. We’ve built technology such as HTTP version 2 that makes the use of security less expensive. We’re working protocols that allow DNS queries to be done in a private fashion.

I also wanted to touch on economic and policy challenges with respect to the evolving Internet.

Take for instance interoperability and the Internet of Things. The Internet Architecture Board of the IETF recently held a workshop on application-level interoperability. While many or most systems today can be a part of the same underlying network, it is still a problem to connect the systems together at an application level. I don’t want to buy a Microsoft house and find out that I can’t use Apple lightbulbs with the light switches.

To take an another example from the Internet of Things area: It is a natural inclination for us to frame the policy issues in the context of our past experiences. But it takes time to apply policy, and by then the actual issues in the Internet may have changed. We’ve talked for a long time about being able to connect everyone on the planet. I personally believe we actually get to do that real soon, but does it stop there? Will we be able to introduce smart farming in fields of Africa? We do not need to connect only the people. It is time to look further into the future.

And to finish, more than these specific changes and challenges, what really matters is the principles. Not just because they are the right thing to do, but because they actually work and allow the kind of parallel, global progress that’we seen in the Internet.

These principles include working in a multistakeholder and open manner. They also include the concept of permissionless innovation, voluntary standards, and the power of code and open source collaboration, rather than top-down design.

(This blog article is based on a talk at the OECD meeting on digital economy in Mexico in June 2016. As a side note, a big part of the OECD meeting and focus of much of the discussion was a Hackathon that they run. I am glad that the participants, regulators and policy makers got a feeling of how Internet innovation advances in practice. But I don’t think any of the politicians participated the actual hacking. At least not in in this meeting yet.)